If you're fascinated by process and how something as magical as a mer tail actually comes into being, you'll like this part of the interview. Thanks again, stillwater_fx, for sharing all this great information and the marvelous photos!

asakiyume How did you first learn about making mermaid tails?

stillwater_fx For me, the moment I saw the practical props used in the movie The Thirteenth Year, by Disney, the tail and the arm fins in that movie were wearable items. When I realized that, I instantly thought about how I would have to wear one for me. And living in Puerto Rico, I already had a tropical paradise that most of us dream of: not even a mile away from my house was the beach.

In The Thirteenth Year, a boy realizes he's actually a mer person ... one hint--the scales appearing on him

A mermaid from the movie

And so I did the only I did the only thing that I knew to do. I dove online and I started looking for information about how to sculpt and all the information I could find on creature production and movie films. I found lots of information. I basically learned by reading: I taught myself; I found all the information about making sculptures, molding masks with latex, and props. It was grueling; I had to go through many hundreds of pages and forms and sites. Not all of it was complete; I had to make my own conclusions and connect the dots here and there. But eventually I started experimenting—small experiments, of course, because the materials are expensive for making mermaid tails, which is why the tails themselves are expensive. I’ve made many experiments. I’ve failed, and learned, and here I am today, making tails for people.

Any questions? Leave them here! And...

STAY TUNED FOR PART 3: FAVORITE PARTS, HARDEST PARTS, AND SWIMMING IN A TAIL

This entry was originally posted at https://asakiyume.dreamwidth.org/935986.html. Comments are welcome at either location.

One of the people I got to know when I was tutoring in Holyoke last fall was stillwater_fx, who has an amazing side job: he makes tails for merfolk. They’re incredible works of art, and you can actually swim in them, if you’re skilled.

Here you can listen to stillwater_fx’s remarks about the community as therapy.

This entry was originally posted at https://asakiyume.dreamwidth.org/935883.html. Comments are welcome at either location.

This is the net to catch a falling sky. it has tears but is still strong. 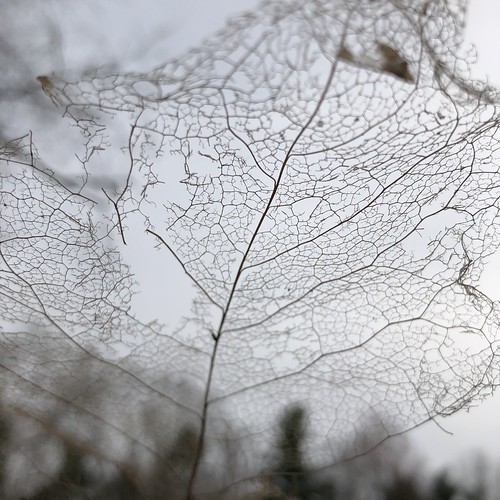 Below the cut are some boxcar signatures. Even graffiti artists can want to own their accomplishments.

And here is something golden from a marsh--a marsh marigold, in fact 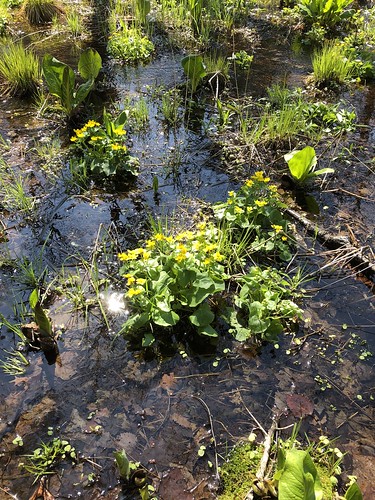 This entry was originally posted at https://asakiyume.dreamwidth.org/935434.html. Comments are welcome at either location.

Having finished our two-person reading of Hamlet, the healing angel and I decided to read Rosencrantz and Guildenstern Are Dead. We're in the middle of Act II right now, and it's as good as the only other Tom Stoppard play I know, which is In Arcadia.** I really loved that. I love this too.

Here are some lines that stuck out for me in our today's reading:

GUIL: We cross our bridges when we come to them and burn them behind us, with nothing to show our progress except a memory of the smell of smoke and a presumption that once our eyes watered.

PLAYER: You don't understand the humiliation of it--to be tricked out of a single assumption, which makes our existence viable--that somebody is watching.

PLAYER: We ransomed our dignity to the clouds, and the uncomprehending birds listened.

GUIL: We only know what we're told, and that's little enough. And for all we know it isn't even true.

PLAYER: For all anyone knows, nothing is. Everything has to be taken on trust; truth is only that which is taken to be true. It's the currency of living. There may be nothing behind it, but it doesn't make any difference so long as it is honoured. One acts on assumptions. What do you assume?

**ETA Somehow I got into my head that the first and only other Stoppard play I've encountered was called IN Arcadia, but it's just Arcadia--as everyone else has tacitly been pointing out. I have no idea where that misidentification came from...

This entry was originally posted at https://asakiyume.dreamwidth.org/935410.html. Comments are welcome at either location.

We have gotten takeout three times since quarantine began. Each time, the dance has been different.

First time, the healing angel did the pickup: the restaurant had all the bags of takeout sitting out front, with names on them. The healing angel lit down, picked up our bag, and returned to our nest.**

Second time, I did the pickup. We placed the order and then the restaurant called when we could come and get it. They slid open a speakeasy-like slot and pushed the bag out onto a wide counter, and I reached up and took it.

Today, I did the pickup ... and this time I had to actually knock on the restaurant's inner door. A staffperson brought me my credit card slip to sign (this hadn't been necessary in the other two cases). We were both wearing masks but it was still surprising to be face to face with someone. I signed, left the slip on a bench, and the staffperson picked it up and left the bag there for me to take.

**speaking of nests, for many years UMass Amherst has had a falcon cam to watch as the peregrine falcons living at the top of the 28-story WEB DuBois library [third-tallest library in the world!] lay eggs, hatch young, and rear them to young adulthood. This year the female seems to be consorting with two males, both of whom are bringing her food as she sits on the eggs. It's a menage-à-trois! I thought of

This entry was originally posted at https://asakiyume.dreamwidth.org/935044.html. Comments are welcome at either location.

A coalition of 20 Senegalese musicians teamed up to raise awareness about coronavirus and also raise funds for Senegal's Ministry of Health, releasing a remix of an old Youssou N'Dour tune.

In addition to being a great tune, I enjoy seeing the faces of all these artists--and also watching the murals grow.

The music is a guise, and now I'm reflecting it, and my reach is sharing these words with you.

This entry was originally posted at https://asakiyume.dreamwidth.org/934657.html. Comments are welcome at either location.

Tchaikovsky does a breathtaking job conveying such an alien form of intelligence--an individual octopus isn't really a centralized consciousness the way a person is. Three components play a role in each octopus's personhood--their crown, which is their central brain; their reach, which is the intelligence in each of their arms (which in this story are sort of the R&D and operations aspect to the crown's executive function); and their guise, which is the play of mood and emotion they display on their skin. You know how a person can say one thing with their mouth and another with their facial expression? Well that's an octopus, only more so. And then imagine that meanwhile your hands are doing calculations, examining data, scenario planning--and communicating, independently of your awareness, with the hands of other people. And imagine that that communication can affect how you feel and think about things.

It's such a different way of thinking, but I really believed in it, could imagine it.

And as time has gone by since I finished the book, it's come to me that human communities are like octopuses. Our guises are our expressive cultures--our songs and TV shows and architecture and so on. Our crowns are the voices among us, institutional or individual, that speak for the community. And our reaches are the various groups in society actually doing things, figuring out things, providing things. The reaches of one community talk to the reaches of other communities, and that affects what the crown ends up expressing. And meanwhile Facebook and Twitter memes and TV and radio advertisements pick up and express lightning fast the mood and emotion of communities--those are our guises.

Wittingly or unwittingly, I think Tchaikovsky must have been drawing on this when he created the octopuses. It's what makes their style of thought and interaction relatable--we do think like this, but in the aggregate rather than individually.

Just like human communities have a hard time rallying to a common purpose, so do the octopuses. But it's not impossible for either the octopuses or for us.

... Anyway, that's me in my role as reach, communicating with you other reaches out there.

This entry was originally posted at https://asakiyume.dreamwidth.org/934602.html. Comments are welcome at either location.

Things that are not that other thing 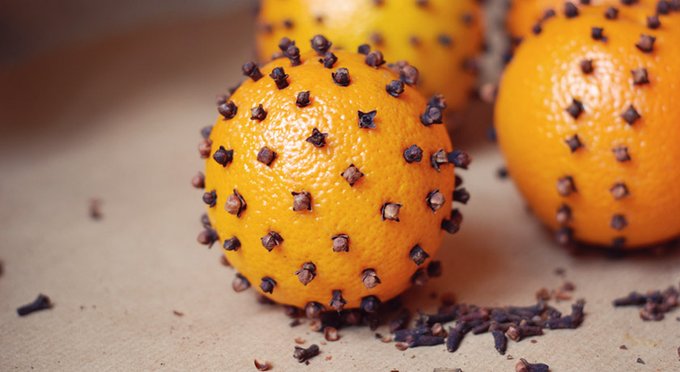 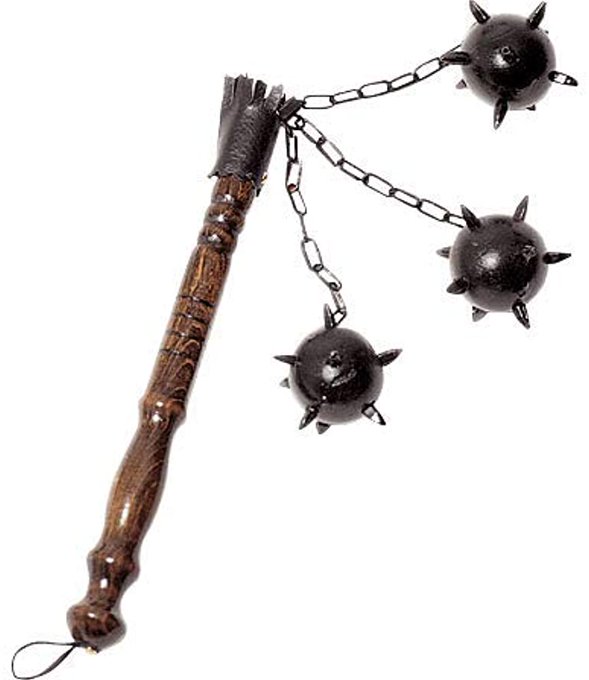 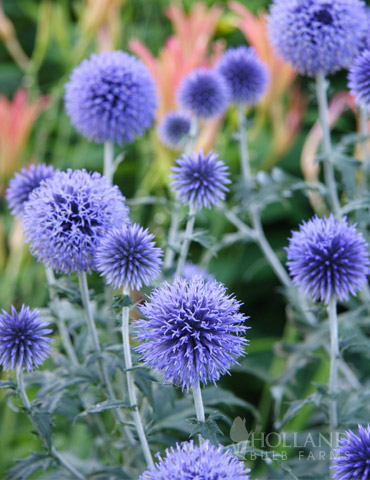 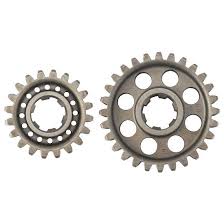 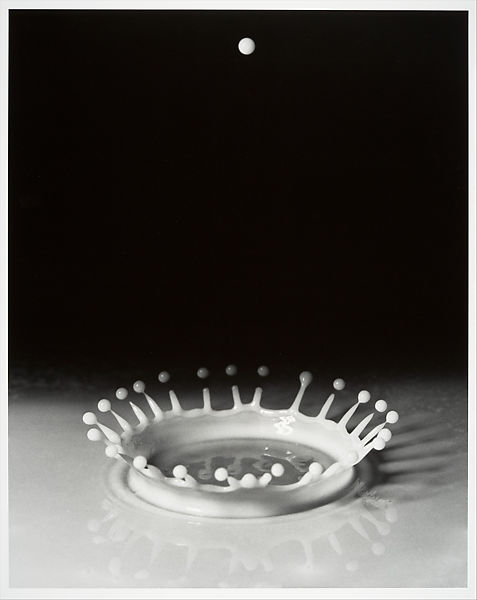 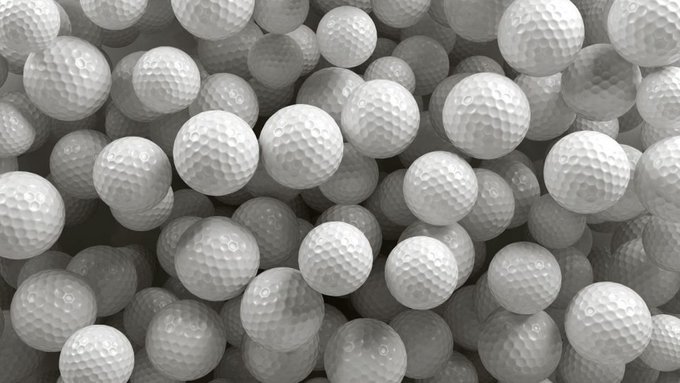 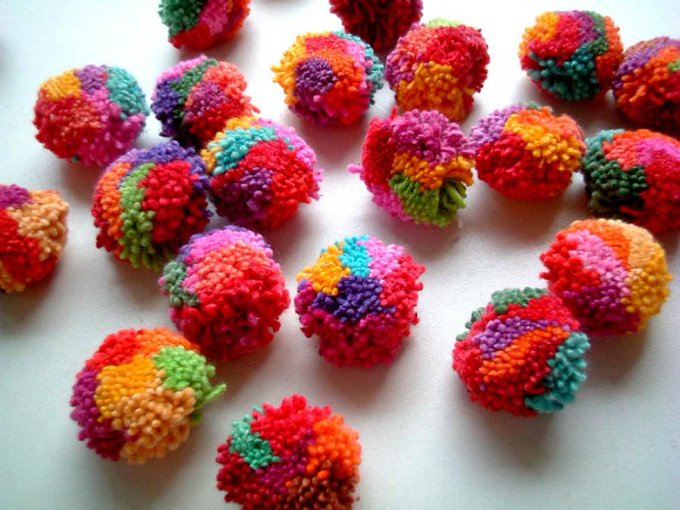 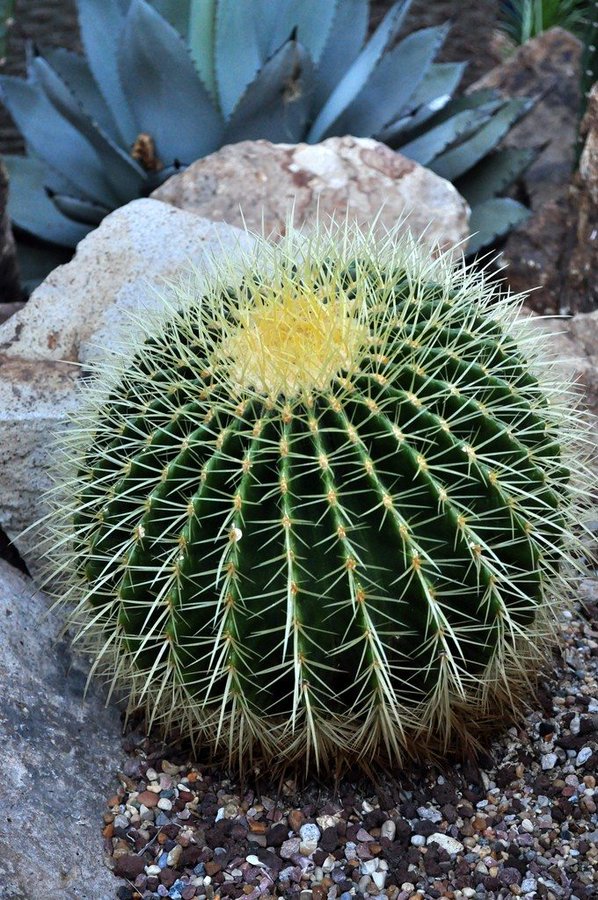 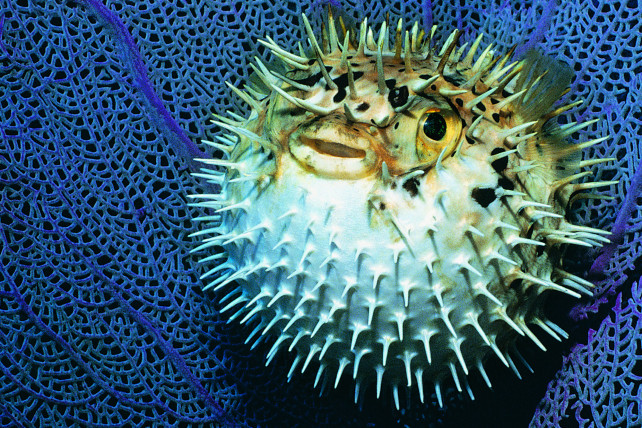 This entry was originally posted at https://asakiyume.dreamwidth.org/934286.html. Comments are welcome at either location.

I decided to buy some street-art-quality chalks and see how long they last (answer: not long! This would be an expensive hobby...) 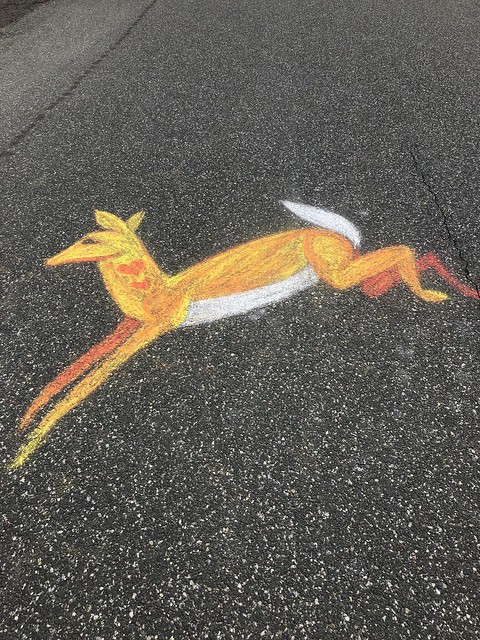 The nice thing about chalk art is you can keep on tinkering with it. I might add more red to the face.

I also ended up decorating my jeans: 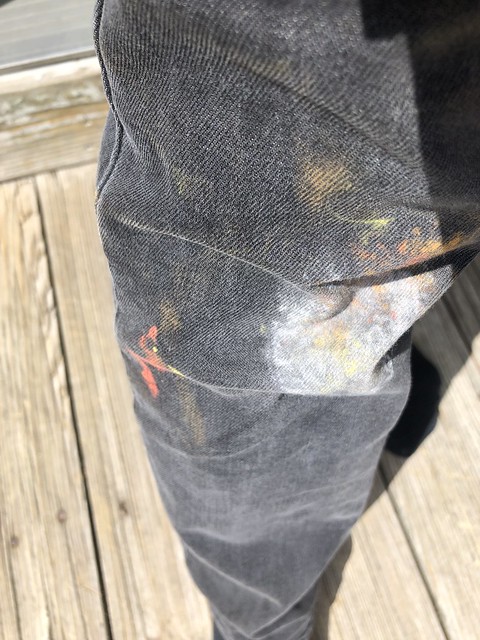 The healing angel and her significant other are living across our household and the significant other's household (yes: we know--we consider ourselves all one infection/virus family), and yesterday evening they were over, and we all watched Frozen II together, which was relaxing. I enjoyed seeing the sisters' different hairstyles, and the songs were fun. The plot was a little lurchy, but it seemed like it advanced both sisters further along good-for-them trajectories and that it gave young fans more of what they liked.

Then the healing angel and her significant other retired to the healing angel's room, and Waka and I watched the Easter vigil streamed from our church. In addition to the priest, there was a cantor and some readers--the cantor sang the Exsultet, which gladdened my heart.

This entry was originally posted at https://asakiyume.dreamwidth.org/934130.html. Comments are welcome at either location.

My brother, who specializes in finding weird, cool comic books and graphic novels, got me this collection by Canadian artist Michael DeForge.

The eponymous Sticks Angelica is ... well, she introduces herself on the first page, and the story/collection continues in this vein:

Leaving the molecules in a bowl for the animals to eat--and then calling the animals filthy--that's the flavor of it. Oh, and her hilarious résumé.

Other characters include Oatmeal, a rabbit who's hopelessly in love with Sticks, an eel that's in love with Oatmeal, some Canadian geese ... and Lisa Hanawalt. Lisa Hanawalt is a moose who longs to be Sticks, to the point of stealing her sweaters. Sticks persuades her to go off to the city and build a new life for herself:

(I love that the vital documents you need are a passport, a diploma, and an organ donor card.)

Lisa Hanawalt eventually becomes a lawyer, which is a good thing, because then she's able to defend Girl McNally, who has been marked for death. Here's the panel in which we first see Girl McNally:

There are all sorts of little weirdnesses in the story, like the fact that Harmless Snakes most emphatically aren't:

There's enough of a through-line of story that you can enjoy the book as a coherent work, but each page also is a stand-alone piece. I thought it was a lot of fun--great in a kind of strange-affect way.

PS. Michael DeForge is on Twitter (@michael_deforge), where it seems like he's running a daily comic, "Birds of Maine."

PPS. It turns out that Lisa Hanawalt is another cartoonist!

This entry was originally posted at https://asakiyume.dreamwidth.org/933820.html. Comments are welcome at either location.
Collapse